So many of us have made an enemy of failure. We let the fear of failure hold us back – from trying something we’ve always dreamed of doing, from advancing our careers, from speaking up when we need to, from improving our relationships, or from starting a new one. Or we expect to fail, making us much more likely to. 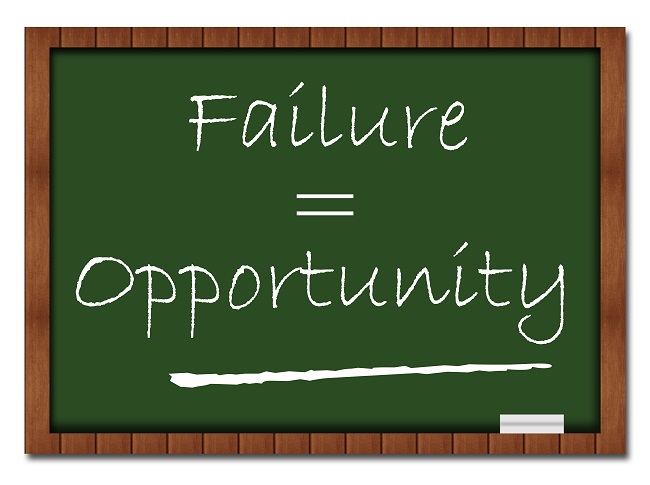 Those of us with a perfectionist type personality tend to struggle more with the concept of failure. We think our worth as a person depends on our success. We fear that if we fail, others won’t like us as much or we will be less valued by them or worse marked forever by this “failure”.

It’s not the failure itself that holds us back from living our best life – it’s how we handle it. We can prove it. Some of the most famous people in history failed in their field when first starting out. Some failed multiple times. Oprah Winfrey was fired from her job as a news reporter because her employer thought she wasn’t fit for television. Michael Jordan failed to make the cut for his high school basketball team. Dr. Seuss’s first book was rejected by twenty-seven different publishers before it was accepted.

How could your life be different if you knew that failure was a step leading you to success instead of being a devastating setback? Is there an area of your life you feel you failed where there might be a hidden opportunity? Stop letting a fear of failure hold you back, and learn how to cultivate the mindset and self-discipline required to turn failure into opportunities for success.

To talk more about this, or anything else, please contact us. We look forward to hearing from you!

It is our mission at Brain Basics to transform individuals and their work environments by empowering each to live to their maximum potential. Learn More

“It is hard to imagine getting better results. I found Kathy to be a mix of compassion and reality.” Marc – McKinney, TX