What if I told you that the Grumpy Dwarf was, in fact, more dangerous to Snow White and the other six dwarfs than was the Wicked Queen? Would you believe me?  Or, would you cry Disney blasphemy? 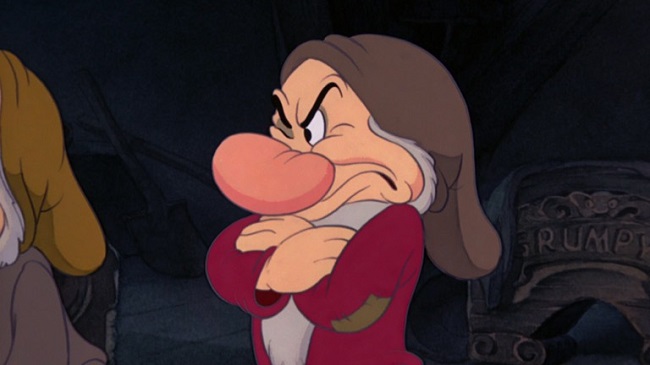 Well, comprehensive research in psychology and sociology is going to back me up on this one.  A phenomenon collectively termed “emotional contagion” is at play here.  It is true.  Individuals will, in fact, pick up a degree of the emotion another is feeling simply by being around that individual.  In other words, moods are contagious.  And, this has real implications in the workplace; as leaders, we can work this contagion to our advantage. How you show up – in the morning, in the boardroom, at that quarterly conference – can make a difference in how your coworkers, subordinates, and, yes, your superiors, show up.

In their book Emotional Contagion (1994) researchers Elaine Hatfield, John Cacioppo, and Richard Rapson, defined emotional contagion, a subset of empathy, as:  “The tendency to automatically mimic and synchronize facial expressions, vocalizations, postures, and movements with those of another person’s and, consequently, to converge emotionally.”  Advances in neuroscience have enabled scientists to study this concept in much greater detail, even observing how various neurons in primates fire when an action is performed, and, importantly, how the neurons fire when the same action is observed being performed by another.

Elaine Hatfield partnered with researchers Richard L. Rapson, and Yen-Chi L. Le to dig deeper into emotional contagion in their work, “Emotional Contagion and Empathy,”  published in the collection The Social Neuroscience of Empathy (2009).  They explain:

In theory, the process of emotional contagion consists of three stages: Mimicry, Feedback, and Contagion. People tend: (a) to automatically mimic the facial expressions, vocal expressions, postures, and instrumental behaviors of those around them, and thereby (b) to feel a pale reflection of others’ emotions as a consequence of such feedback. (c) The result is that people tend to catch one another’s emotions.
Presumably, when people automatically mimic their companions’ fleeting facial, vocal, and postural expressions of emotion, they often come to feel a pale reflection of their companions’ actual emotions. By attending to this stream of tiny moment-to-moment reactions, people are able to “feel themselves into” the emotional lives of others. They can track the intentions and feelings of others moment-to-moment, even when they are not explicitly attending to this information.

A recent Forbes article focused on one specific act that would lead to greater happiness and productivity at work.  That act?  Smile.  As the article recounts, smiling has been shown to increase the feel-good neurotransmitters in our brain:  dopamine, endorphins and serotonin.  That feeling good translates into greater productivity.  The act of smiling can, in fact, turn the tides. You can fake it until you make it when it comes to smiling.  Importantly, this translates wonderfully in the realm of leadership.  What better way to set the stage for your weekly staff meeting than to begin with a smiling face?

In fact, a 2010 study out of the University of Warwick, conducted by researchers Andrew Oswald, Eugenio Proto, and Daniel Sgroi, confirmed that happiness can increase productivity.  The authors wrote, “We find that human happiness has large and positive causal effects on productivity. Positive emotions appear to invigorate human beings, while negative emotions have the opposite effect…. Happier workers, our research found, were 12 percent more productive. Unhappier workers were 10 percent less productive.”

How Emotional Intelligence Fits In

Pasting a smile on our face is going to help, but, as leaders, we’re likely to carry the weight of big decisions and the worry of unknown outcomes.  Through increased self-awareness and thoughtful consideration ahead of action, we can mold our reactions to thoughts and feelings.  Using emotional intelligence we can control how we show up, bad moods and all.

Here’s the great thing.  Emotional intelligence can be improved upon.  A well-researched assessment like the EQ-i 2.0 will shed light on areas known to impact self-awareness and emotion management, providing a starting point for improvement. In-depth personal assessments using research-backed tools such as the Energy Leadership Index Assessment and EQ-i 2.0 can enable leaders to identify personal roadblocks created by misdirected emotion.

Emotional Contagion Can Be Used to Foster Desirable Behavior

An important aspect of emotional intelligence is using emotional contagion to one’s advantage.  This is especially applicable in leadership.  You don’t have to let Grumpy Dwarf take a seat at the table.  Self-awareness and personal reflection can create change.  Purposeful presentation of self can direct the atmosphere of the room.  Facilitate a rewarding contagious mindset in your workplace.  It starts with you. What do you want to put out there?  How do you want to show up?

Are you ready to become Your Best Version?  Do you believe your team hasn’t met its full potential?  Kathy Walter has been helping teams and individuals become their best through individual coaching, team development and assessments like the Energy Leadership Index and the EQ-I 2.0. Visit Brain Basics at www.brainbasics.com to learn more.

Today we’re making a visit to the ever-entertaining Brain Basics boardroom. Have you been to the Brain Basics boardroom? It’s where you’ll find situations remarkably similar to those found in our modern workplace, complete with all those – umm , delicate, shall we say – dynamics commonly seen among coworkers and within superior/subordinate professional relationships….

Webster defines energy as the ability to be active; the physical or mental strength that allows you to do things.  We all use different types and levels of energy throughout our day.  Energy looks different on all people.  Energy shows up in two different ways, catabolic and anabolic.  Catabolic energy is the process of breaking…

The brain, our most valuable resource. It is what makes us us. It enables us to achieve, to improve, to compete successfully, to problem solve. It enables us to love. Our brain is a pretty fantastic thing. What’s more, it can grow and expand beyond its current capabilities through something neuroscientists call neuroplasticity. But, in…

Are you experiencing moving stress? So much to think about, so much to do…when your home is your sanctuary, leaving it feels incredibly difficult, whether it’s a move across the street or across the country. In a time of great change, we can still seek balance and joy! Here are 5 excellent tips, adapted from moving expert…

Have you ever been faced with a decision or a situation you just didn’t know how to manage? Everyone has been in this position at one time or another. In many instances, people wind up making a decision which takes them further away from their desired result. In the end, this is something that could…