Conjunction junction, what’s your function?  Do you remember the Schoolhouse Rock jingle?  I know I’m probably dating myself.  Here’s a refresher if you need it.  “And, “but” and,” “or” – conjunctions are effective little vehicles in the English language.  They smartly tie together related and diverse concepts in the English language; but, the conjunction “but” can have a less-than-desired effective when used in crucial conversation.  A real malfunction, throwing out a “but” can put conversation participants on the defensive and stunt collaboration.   Understanding and appreciating how our word choice, and its timing, influences others’ contribution to dialogue will optimize our collective output.  Let me explain. 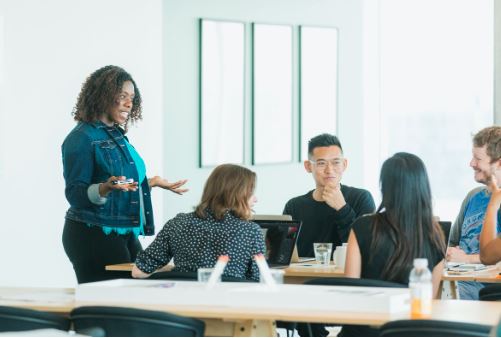 I talk about self-awareness a lot in my personal and group coaching because it is fundamental to personal growth.  Greater self-awareness is a key ingredient to growing emotional intelligence, and greater emotional intelligence correlates with greater personal and professional success and satisfaction.  Understanding how our words influence what others might say next is bankable self-awareness. In other words, our word choice can drive behavior towards our desired goal.  And when we are seeking collaboration for innovation or problem solving, we want to encourage the exchange of information.

When I’m coaching a group, I sometimes do what I refer to as the “And and But Improv” exercise. I start a random storyline.  Maybe it’s, “I think this product is going to fly off shelves.”  Then, I ask the next person to add to the story, beginning with the conjunction “but”.  They add their part, and then the next participant is asked to keep it going, and so on, until everyone in the group has had a turn.  Next, I do the same thing, with the same starting sentence, but I ask everyone to start with “and”.

It’s fun to see the creativity, but it’s remarkable how the story unfolds differently when “and” is used.  “But” often cuts short a path a participant begins to take us down.  “And” builds on the original content.  The story one participant began becomes something greater with the input of others.

Allow the Collective Thinking to Play Out

At the basic level, what we’re talking about is letting the thinking play out.  In a group setting, your “and” word choices might include: “keep going with that” or “tell me more about this.”  In fact, listening plays a big role in your “and.” Empathetic listening, also known as reflective listening, involves, first, carefully listening, and then, conveying back to the speaker your understanding of what was said.  Neurologist Dr. Adrienne Boissy has said, “soliciting and applying someone’s feedback is fundamental to making that person feel seen and valued.” She underscores it will improve programs and processes through what she calls “empathy operationalized.”

No, you’re not likely to agree with everything someone says during a conversation or group collaboration.  But again, the goal is to allow the thinking to unfold.  It is ok to share your skepticism or disagreement, but don’t do it too soon, or it could turn into a “but”.  Resist the urge to stop the speaker.  Take down notes if you must get your objection out but wait to share it.

When you do counter a line of thinking, begin by conveying what you understood to have been their idea or concept before going into your thoughts.  It might look something like this:

I see what you are saying about bringing in another partner to head this initiative. It would give us expertise we lack and allow us to focus on our other responsibilities.  One concern I have is funding for the new position.  If you and I delegate our xyz responsibilities, I believe we would have the bandwidth to take this one on ourselves.  Do you think that delegation is doable and our new responsibility realistic?  It would save us the overhead of a third partner.

Here, you’ve engaged in reflective listening, added your opinion and encouraged the thinking and conversation productively down the path.  You invited the other person to share their thoughts on your idea.  In the end, you may together come up with something different from what you proposed as the counter idea, but it very well could be something better than what either of you initially presented.  If you had jumped in with a “but” the other person may simply have shut down, or started to argue in defense of their idea, transitioning out of a mindset to listen.  And in the end, if what prevails isn’t what you were in favor of, you will still have felt heard.

Body Language Can Convey a “But”

Keep in mind that body language can be a “but” malfunction, too.  You know what I’m talking about.  Shaking your head.  Furrowing your brow.  Crossing your arms.  Rolling your eyes.  Stay aware of your non-verbal reactions to conversation and groups exchanges.  You can shut down the speaker without saying a word and miss out on their contribution.  If nothing else, you may set the stage for the “butted” participant to hold back during future exchanges.

The adage, “The whole is greater than the sum of its parts,” is as true as ever when it comes to effective dialogue and information sharing.  Collaboration pays off.  It fully vets proposed concepts.  It brings more to the table.  It gives all participants the opportunity to be heard and encourages them to continuously contribute to the group’s output.  Before you throw out your next version of “but” consider its possible dysfunction in the dialogue.  Keep the conversation going and watch it pay off. 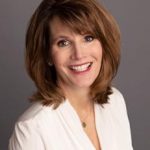 Through her work at Brain Basics, Kathy Walter has the privilege of guiding individuals and teams to their full potential. Understanding that how we show up truly matters, she combines exercises in self-awareness with personalized, proven coaching techniques to expand thinking, enhance output and create new opportunity.  Contact Brain Basics to learn more.

Yes or No? The real question to ask is, “Why?” What Makes you tick?  Why do you do what you do?  What drives your decisions? Prompts your behaviors?  Guides your choices?  The answer is: your values. I like to call our values the secret force behind our “yes” or “no.” And though they can change…

We all face some aspect of stress in our lives. The effects of stress look and feel different for every person, but the consequences tend to be the same, limiting us mentally and physically. In a day and age where constant contact is available 24/7 with work, your personal life, as well as the “opportunity”…

The consequences of not dealing with stress reach far and wide. There is little in your life that stress won’t play havoc with, even your rest. Work will suffer, your cognitive abilities will weaken and your days will be longer and more difficult because of stress. Many medical studies now confirm that stress has consequences…

What is your Standard Operating Mode, you ask? It is your internal auto-pilot, which compiles all of your life experiences, that form your limiting beliefs, interpretations, assumptions, and the all too loud inner-critic. Pay attention the next time something doesn’t go your way. What is your immediate reaction? Well, that go-to reaction is your Standard…

What would happen if the average person had access to their own special kind of coaching — life development coaching? Life development coaching is a way to help individuals thrive, advance, succeed, and achieve their dreams so as to become healthy, happy, successful people. Sometimes, it’s hard to do what’s necessary in order to progress…